A Togolese mum is now cooling off in the police custody after she was arrested for burying her 3 months old baby. According to reports the young mother has just met a rich man who wanted her to get rid of the child.

She was however was busted when the child’s father had asked the whareabout of the baby, and she couldn’t establish any concrete story.  She however confessed after much presume by the child’s relative.

The police were later notified and she was arrested after leading the family to the shallow grave where she had buried the child. She is now in police custody. 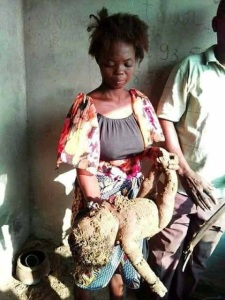