A 30-year-old man has been arrested in Hammanskraal, north of Pretoria, after allegedly stabbing his ex-girlfriend to death after she was said to have left him for a new man, Gauteng police said on Sunday, September 13.

Police spokesperson Capt Kay Makhubele who confirmed the incident said the man identified as David Setshoa stabbed his 23-year-old girlfriend, Thato, to death with a knife in an alleged “rage of jealousy”.

The incident happened in Leboneng on Thursday evening. He was arrested on Friday and is expected to appear in the Temba magistrate’s court on Monday September 14.

According to reports, David had been stalking his ex, Thato since she ended the relationship and moved on with a new man. Also, close sources revealed that he had been telling people that he was going to kill her.

“Thato Gadebe has been stabbed to death by her ex-boyfriend David Setshoa in Themba,Hamanskraal. The girl was initially in an on- and – off relationship with the suspect, and now was in a relationship with a new man,” The Daily Talk News reports.

“The ex-boyfriend was stalking her after she found a new man. It got to our attention that he blocked her way as she was at a mall with her man. Police were called but said ‘the man has not done anything to her and can’t act against him’ despite her(Thato) having a protection order against the suspect,”

“We can confirm that David also tried to kill her in the past. He allegedly took Thato to his mom’s grave and promised to kill her and himself. Again, he tried to jump the wall at her place while carrying a gun.”

Meanwhile, friends and family members have taken to Facebook to mourn her death as well as call for justice for the deceased 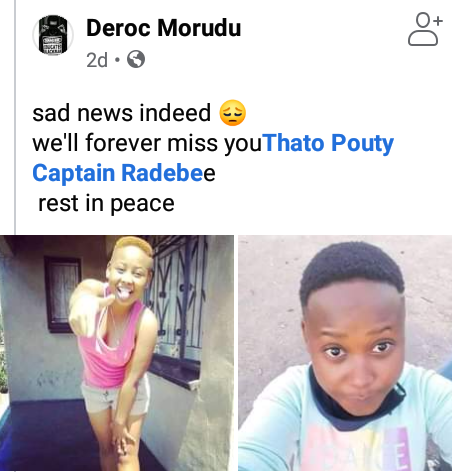 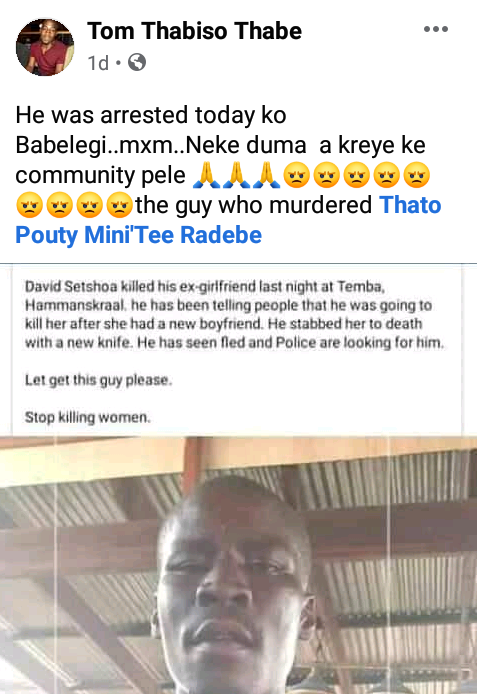 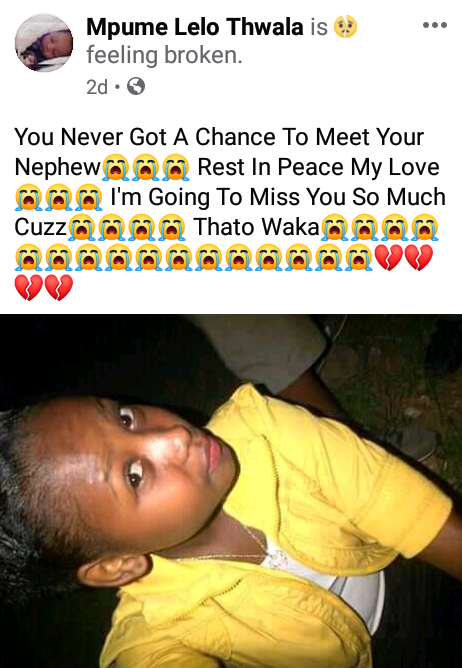 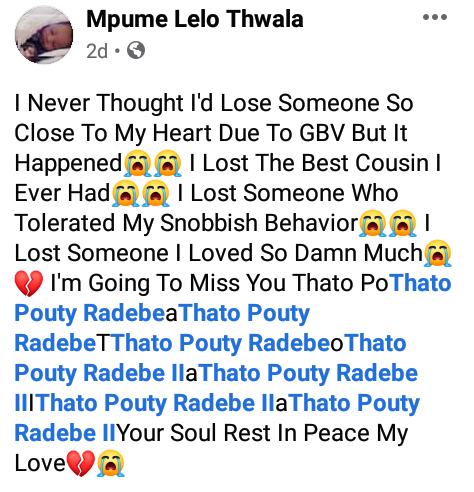 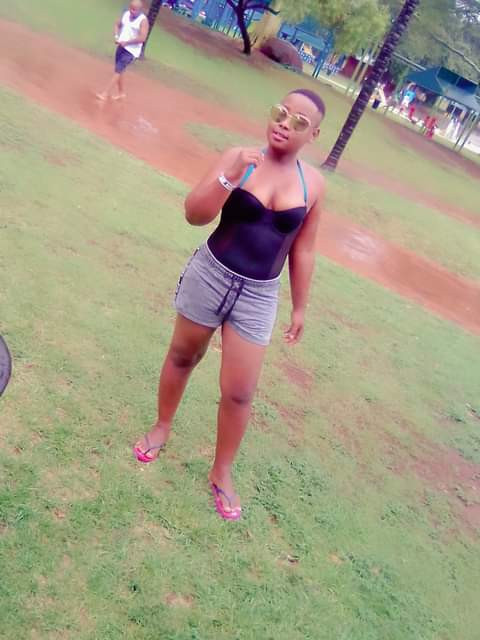 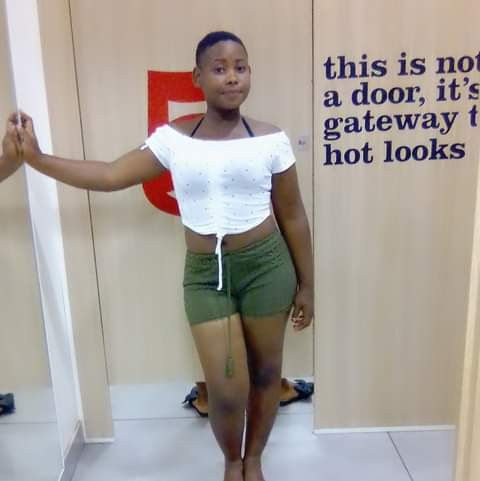 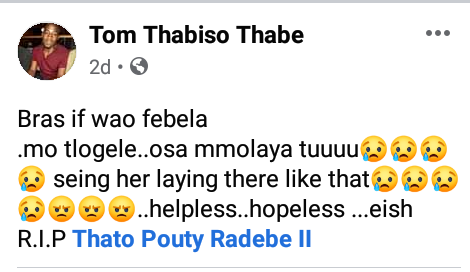 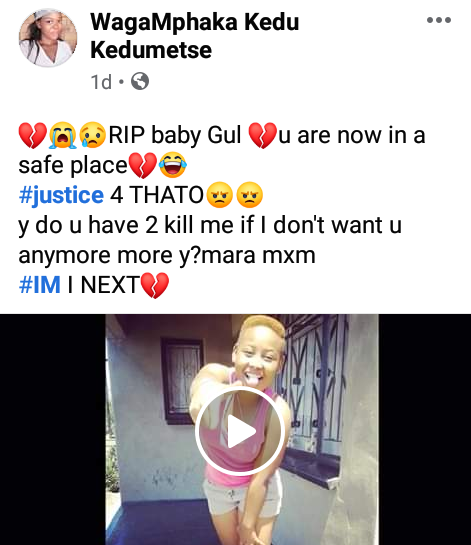