Kourtney Kardashian ex, and father of their 3 kids,  Mason, Penalopy and Reign has finally decided to come clean regarding his dating rumor with Leonel Richie 19 year old teenager Sofia Richie.

Scott decided to post a picture of him and then teen Sofia on instagram wearing Bikini on a Miami beach. The picture was the first of its kind he had ever posted which confirms it to be more than just a rumour.

Wearing a gucci tee shirt on the photo, Scott was standing so close to Sofia and it has helped cleared the speculations. . 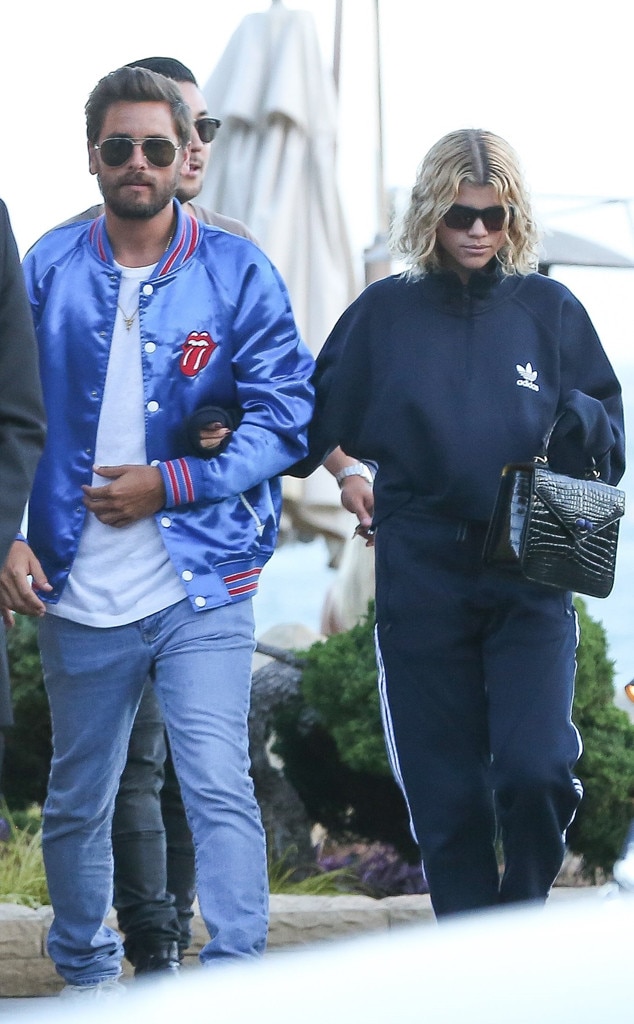 “Sofia has been interested in him for a long time,” the insider explained. “She feels like she knows a different side of him and that they are good for each other. She is falling hard and thinks this is the real thing.”
However, several sources also told us that they’re not exclusive.
“They just get along great and share very similar friends,” a second insider dished. “Sofia’s been all over the place lately and seems like she is not serious about most things especially getting serious with a dude. It’s light and fun between them at the moment.”
“Just so everyone can get their panties out of their asses, Scott and I are just homies #Relax,” she wrote to her followers, and a month later, she added again,
Just last night, however, Richie also posted a paparazzi photo with Disick on her Instagram story.
Looks like things may have gotten more serious!