YouTube star is facing backlash for a video he uploaded to the video sharing platform during the weekend which showed him coming upon a real-life suicide victim as he trekked through Japan’s Aokigahara forest, also known as the “Suicide Forest.”
Paul filmed the suicide victim and posted the video, opening with a disclaimer about the importance of seeking help when struggling with depression, before he addressed the camera directly.
The 22-year-old YouTuber said: “This is the most real vlog I’ve ever posted on this channel. I think this definitely marks a moment in YouTube history.”
In the video, Paul, who is American, visited Japan with several of his friends. They made a trip to Aokigahara, a forest at the base of Mt. Fuji known for being a common suicide destination and called the “Suicide Forest”. While walking through the forest, the group were shocked to discover a “fresh” body hanging from a tree.
“I really hate to say this, I think there’s someone hanging right there. I’m not even f—–g kidding,” Paul was heard saying to the camera. 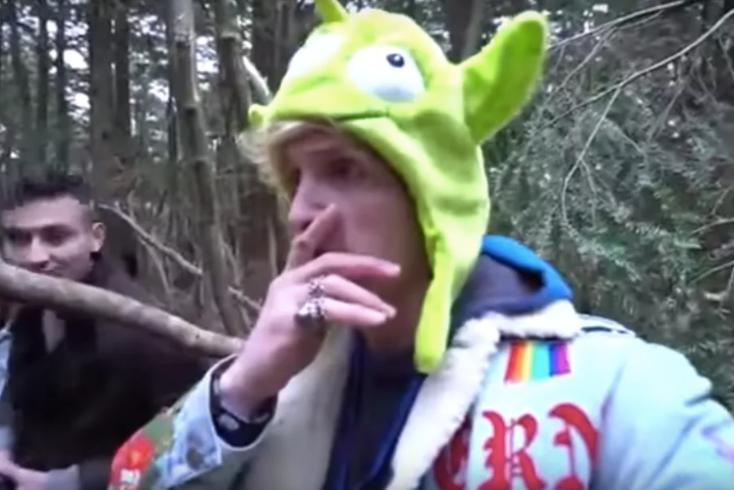 Paul and his friends are seen filming themselves approaching the body. As they got close, Paul can be heard asking: “Yo are you alive? Are you f—–g with us?”
The person, who had been filming the video stood very close to the body, with Paul noting the dead man’s “purple hands” and that his pockets were still full.
The video was reportedly viewed at least 6.3 million times after it was posted on social media. But it generated massive outrage and the 15-minute video had to be taken off of YouTube by Paul. The YouTube star officially apologized for the video on Twitter on Monday evening. In his statement posted on Twitter, Paul explained that he has never faced criticism like this before and claimed he didn’t release the video for views. He stated that he simply wanted to raise awareness about suicide and suicide prevention.
“I didn’t do it for views. I get views. I did it because I thought I could make a positive ripple on the internet, not cause a monsoon of negativity. That’s never the intention,” Paul wrote. 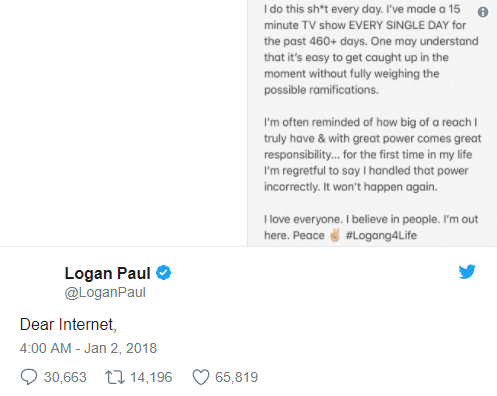 In spite of his apology, several of Logan’s followers and other social media users took to social media to criticize him for sharing the video. They described his action as disrespectful. 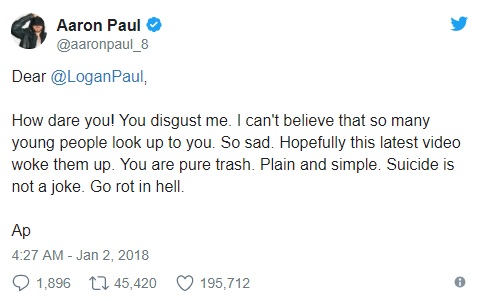 YouTube also later released a statement addressing the video. It read: “Our hearts go out to the family of the person featured in the video. YouTube prohibits violent or gory content posted in a shocking, sensational or disrespectful manner. If a video is graphic, it can only remain on the site when supported by appropriate educational or documentary information and in some cases it will be age-gated. We partner with safety groups such as the National Suicide Prevention Lifeline to provide educational resources that are incorporated in our YouTube Safety Center.”
Crdt Linda Ikeji blog