A pregnant mum Mrs Betty Kennedy has been senteced by a Magistrate Court 1 sitting in Agbarho, Delta State, to five days community service for child abuse.Mrs Kennedy was found guilty for stripping and tying her 12 year old daughter with a rope for days in Delta State. It was also gathered that she stuffed a rag in the child’s mouth so she wouldn’t call out for help. 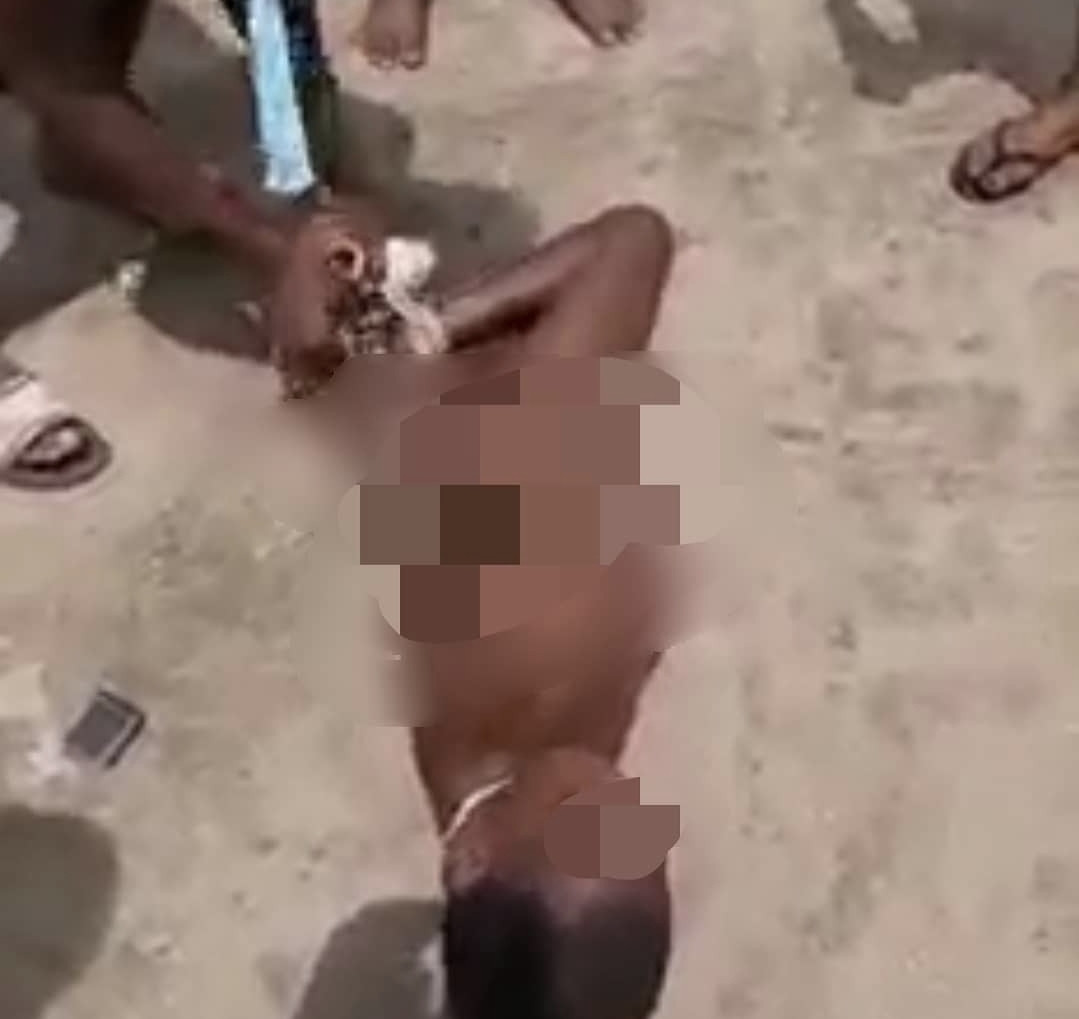 After a video showing neighbours rescuing the naked child went viral on social media, members of the Conference for the Actualization of Human right led by child right advocate, Comrade Uruemu Akpovwa Olawale, stormed the house with police and arrested the woman.

During interrogation, Mrs Kennedy claimed that her daughter was in the habit of leaving the house and disappearing for many hours so she had to tie her up.

Mrs Kennedy was arraigned in court on Wednesday, March 10, for child abuse. The presiding Magistrate sentenced her to five days community service after she pleaded for leniency.

Speaking after her sentencing, Mrs Kennedy advised other women to stop abusing their children as she was seen wearing a t-shirt with the inscription ” Say No To Child Abuse”

“Say no to child abuse and molestation. It ‘s not fair to maltreat your child. I am here because I maltreated my child. So I want to say, women should stay away from molesting their children for they are the leaders of tomorrow.