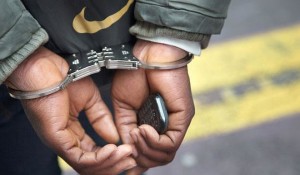 The Nigerian Security and Civil Defense Corps (NSCDC)  through the command’s Public Relations Officer, Mr Ibrahim Idris, has confirmed the arrest of 30 suspected hoodlums in Yankatsari village of Dawakin kudu LGA Kano state.
Speaking to newsmen while parading the suspects before in Kano yesterday, Idris He alleged that the suspects were arrested on Friday (Sallah day) while in possession of dangerous weapons such as cutlasses, swords, knives and clubs following a tip-off.
“The suspects were apprehended by operatives of NSCDC at Yankatsari village carrying dangerous weapons while trying to cause trouble in the area,” he said.
He promised that the suspects would be charged to court for prosecution as soon as investigation was concluded.