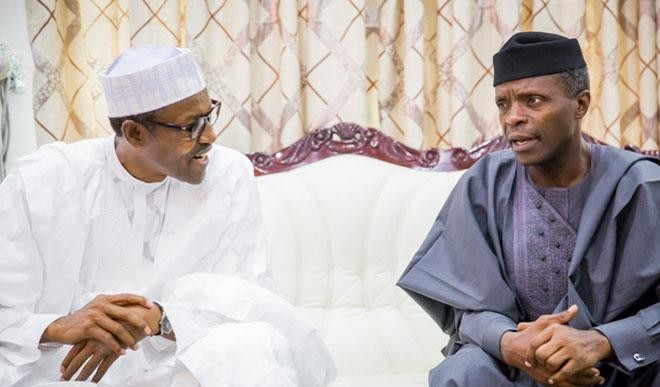 In an ongoing scandal involving the minister of state for petroleum Ibe Kachikwu and the petroleum minister Maikanti Baru has cought so many people in their Web of scandal with so much revelation coming to life.

The vice president Yemi Osinbajo has issued a statement clarifying his involvement in the said contract, read full statement below:

OFFICE OF THE VICE PRESIDENT

Approached by reporters after the ground-breaking multi-billion Naira historic Bonny-Bodo road project, in Bonny, Rivers State, Vice President Yemi Osinbajo, SAN, explained specifically that the approvals he granted to the NNPC while he was Acting President were for financing arrangements for the Joint Ventures between the corporation and IOCs, and not approvals for contracts.

Said he: “These were financing loans. Of course, you know what the Joint Ventures are, with the lOCs, like Chevron, that had to procure. In some cases, NNPC and their Joint Venture partners have to secure loans and they need authorisation to secure those loans while the President was away. The law actually provides for those authorisations. So I did grant two of them and those were presidential approvals, but they are specifically for financing joint ventures and they are loans not contracts.

Earlier today, I had tweeted on the same matter thus:

In response to media inquiries on the NNPC Joint Venture financing arrangements, VP Osinbajo, as Acting President, approved the recommendations after due diligence and adherence to established procedures. This was, of course, necessary to deal with huge backlog of unpaid cash calls which the Buhari administration inherited, and to incentivize much needed fresh investments in the oil and gas sector.

Senior Special Assistant to the President on Media & Publicity

Office of the Vice President