NBA Star of Houston Rockets guard, Danuel House Jr. was kicked out from the NBA bubble at Walt Disney World in Orlando for violating bubble protocol after he was caught with a woman in his hotel room.

It was revealed that the 27-year-old became the first player to be banished from the bubble after he violated the league’s strict COVID-19 health protocols on Friday, September 11. 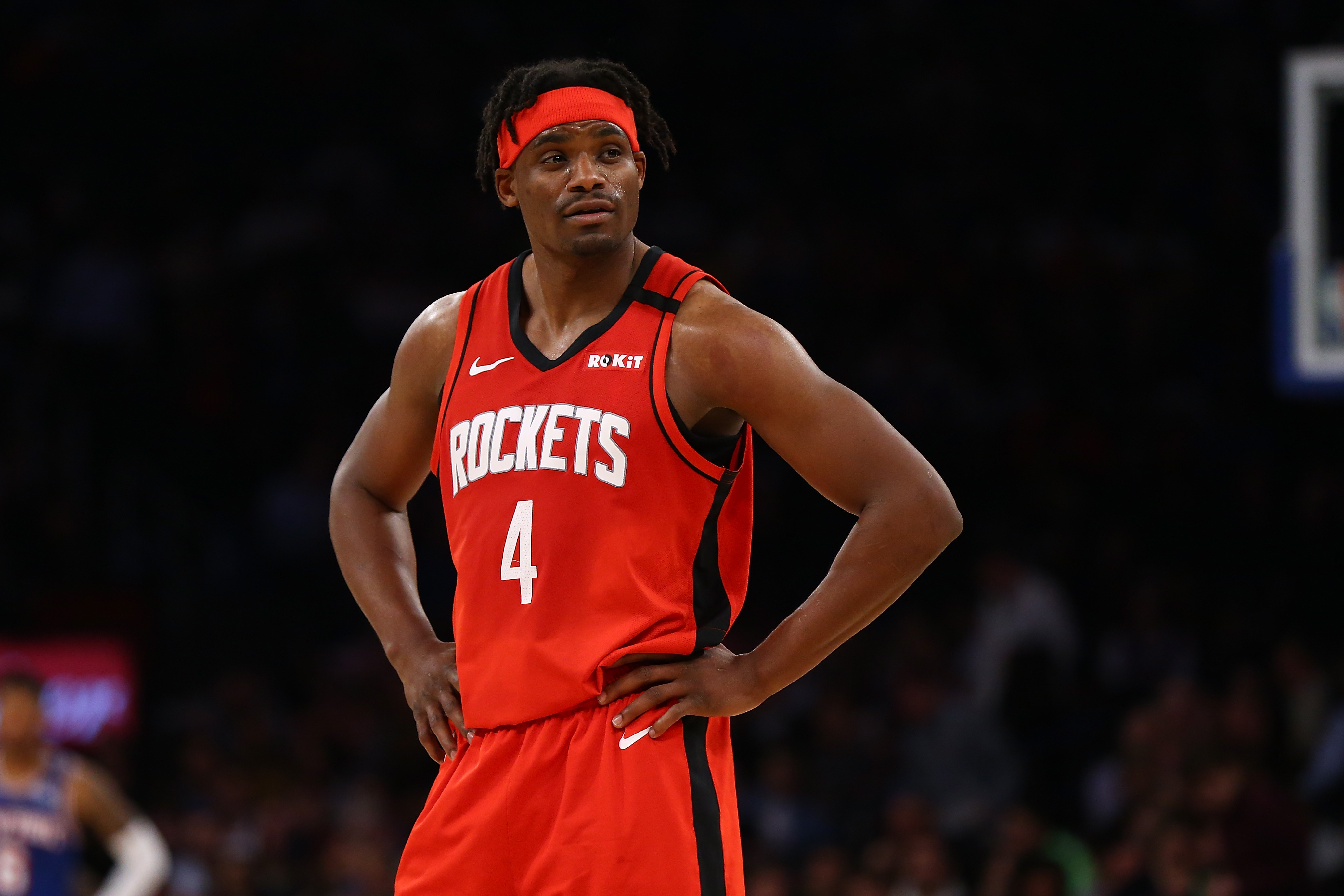 The NBA announced in a statement that House was being removed from the NBA bubble after an investigation showed he had allowed a woman inside his hotel room for several hours overnight.

However, House’s wife, Whitney has reacted to the news of her husband’s alleged infidelity by deleting all of his photos from her Instagram account. She also shared some cryptic messages which she later deleted.