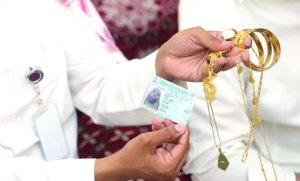 An Egyptian pilgrim was said to have found a bag containing cash and jewelry bellonging to a nigerian lady, guess what he did?  He returned it of cause and he has since been recieving praises for his honesty after he handed it over to Saudi Arabian authorities.Lutfi Mohammed Abdulkarim was said to be looking for pebbles to perform the rami Al-Jamrat ritual in Mina when he found the unattended bag. He asked around, but could not find the owner. Abdulkarim then found an ID card which suggests that the bag belongs to a Nigerian female pilgrim, and so he  handed the bag over to officials from King Salman’s Hajj and Umrah Program, of which he is also a guest.
A member of the sharia committe, Ahmed Jailan, disclose that:  “The pilgrim is with us in the program after one of his sons, a police officer, was killed in his country. He is of high moral standards and a good example of the guests of the program.”
The bag and its contents will be returned to their owner, Jailan said, and further urge all the pilgrims to follow such an example of solidarity. 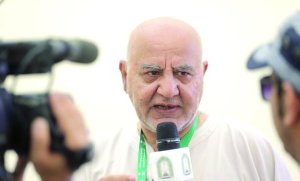