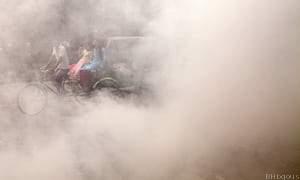 Global analysis has indicated that at least nine million people are being kill yearly by pollution and this costs trillions of dollas every year this makes experts said is a threats to contunuing survival of the human society.

The international researchers also states that majority of the death coused by pollution occurs in poorer nations, and further disclose that the burdens hugely expensive drag on developing economies.