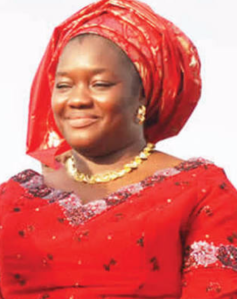 She was said to have been taken to the hospital on Tuesday 19 September where she later passed on Saturday 23 September.  She was until her death a successful entrepreneur, and an APC stalwart,  may her gentle soul rest in peace.