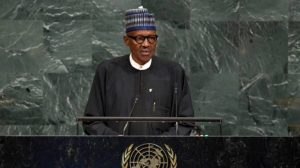 Former Senator representing Bayelsa East Senatorial District in the National Assembly, Mr. Clever Ikisipo, has said that President Muhammadu Buhari was passionate about developing the South-East and the South-South.
Insisting that Buhari loved the geopolitical zones, Ikisikpo advised the people of the zones to forego their grievances and deep-seated suspicions to enable them benefit from the policies and programmes of the Federal Government.
Speaking in Yenagoa, Bayelsa State, Ikisikpo said Buhari was only interested in ensuring that peace reigned in the country adding that his push for peace and unity should not be misconstrued as hatred to a particular region.
He said: “I call on all well meaning Nigerians especially the people of the South-South and South-East to give the PMB led government a chance and massively support the Change Agenda.
“The people of this two regions will benefit a lot if they shelve outside their grievances and whatever suspicions they harbor and allow government policies and programmes mature”.
He flayed persons criticizing Buhari’s speech at the just-concluded 72nd United Nations General Assembly saying the President’s speech was strategic. Ikisikpo said the speech was strategic for the international community grappling with security threats and for developing nations struggling to get looted funds repatriated to enable them fast track infrastructural development and economic growth.
“Indeed, while we earnestly await the cooperation of the international community with the Buhari-led administration, all hands must be ready at home to help actualise the change agenda. The unity of Nigeria is important if we must maintain our giant status in Africa and pride of place in the world”, he said.
He said the President was taking required steps to implement all the suggestions he made to the international community at home.
He said: “The appealed to the UN to expand and consolidate on her peace and security roles in the globe, at home Buhari is practising peace by curbing insurgency and secessionist threats.
“The President called on the UN to double her efforts on humanitarian crisis world over, at home is not turning blind eyes to Internally Displaced Persons (IDPs) in the North-East and the Army/IPOB clashes in the South-East and Militancy in the Niger-Delta.
“Hence he dispatched five northern Governors to the south on peace tour. The President is much interested in a restructured UN, at home the ruling party has set up a restructuring committee to address growing agitations in the country.”